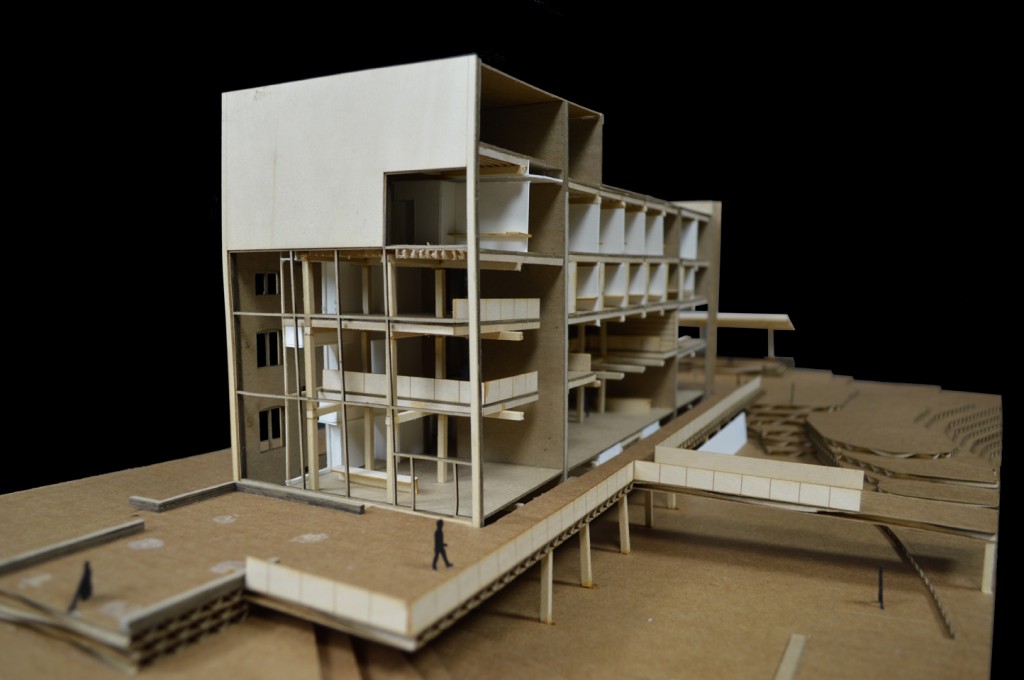 This semester was the first Interior Architecture Studio of the dual degree program, so the main studio project was our first introduction to interior focused design. Our project was to take an existing building, an abandoned mill in Columbus Georgia, and convert it to a hostel and rec center. 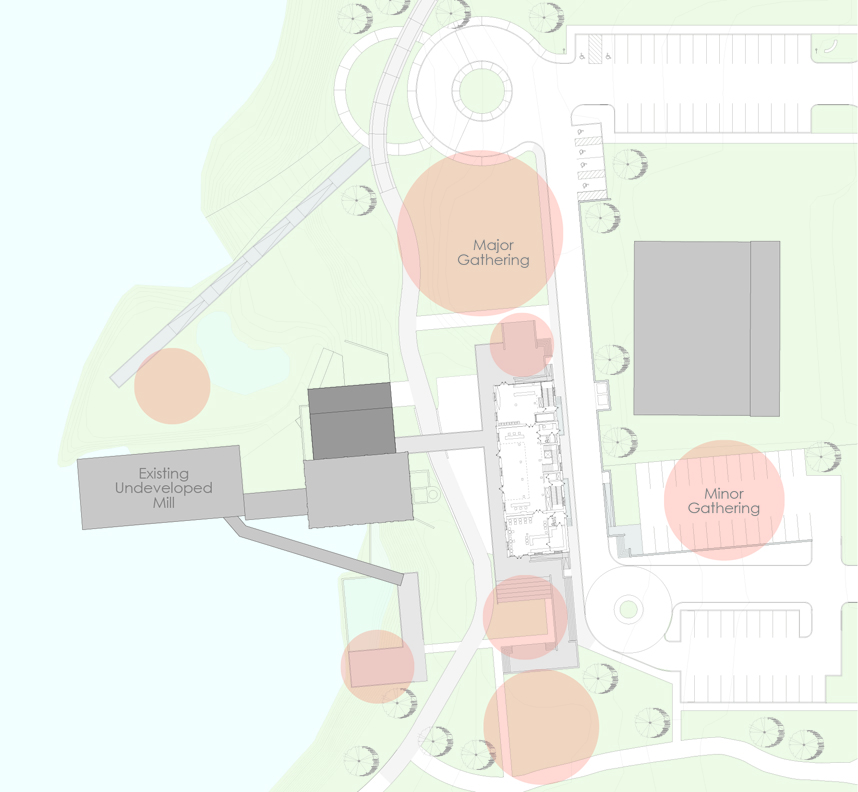 The program included a small bakery; a rec center with a rental shop, store, classroom, and apartment for the owner; and a hostel that includes a variety of public spaces, bunk rooms, private rooms, and an apartment. Additionally, we were to develop the exterior site plan to create dynamic public gathering spaces, focusing on an existing riverwalk runs between the river and building. 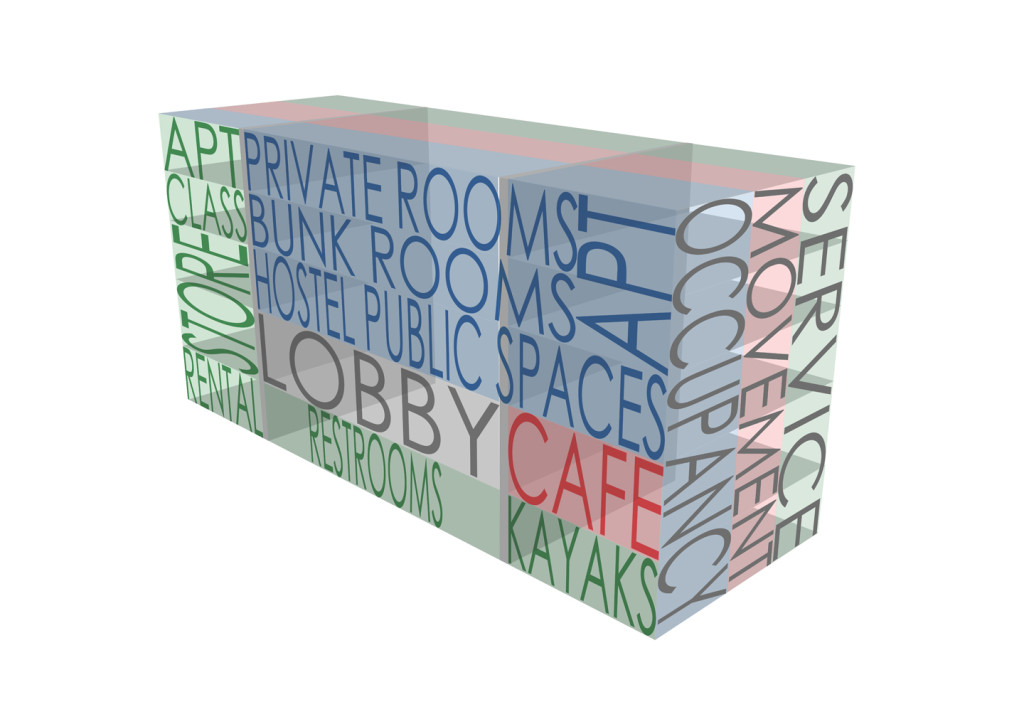 My proposal for the redevelopment of the mill was to build a small addition to the north side that followed the scale and language of the existing building. At the center of the building, I placed a central double height lobby, which serves all three distinct programs and acts as the core of the building. The individual programs are then placed around this core lobby, with the private spaces placed on the upper floors. On the east side of the building, I included a service bar that contained the vertical circulation, service, and restrooms. This east side of the building faces an existing industrial building while the west side faces the river, so concentrating the public spaces on the west made sense.

In an effort to bring physical and visual connection to the different areas of program, I focused on including carefully placed cuts in the floorplates on each level, so that guests or customers could always see at least one other space besides where they are. This includes an open decorative staircase and elevator that is visible to all floors.

On the interior, the original wood structure was left exposed to emphasize the historic nature of the building. The multilevel cuts in the floorplates also revealed the wood columns and beams that run throughout the building.